ves·tige
A visible trace, evidence, or sign of something that once existed but exists or appears no more.
[French, from Old French, from Latin vestigium]
The American Heritage® Dictionary of the English Language, Fourth Edition copyright © 2000 by Houghton Mifflin Company

Photography is universally known to be the art that captures the instant, based on an action that keeps a situation from dissolving forever. We were born and raised on the conviction that clicking the shutter in that unique “magical moment” is the essence of photography itself, conceived as a memento mori which puts the freezing of the passage of time at its centre. The recent spread of portable photographic devices and smartphone cameras, combined with their ubiquitous connectivity, hasn’t done anything more than taking the essence of this attitude and boosting it, amplifying its effects in our everyday lives.
But is time made just of hic et nunc? If yes, then this approach to photography – an eye-based approach – is the only possible one. On the contrary, if we look at time as a continuous sequence of minimal transactions that happen in a given space, it becomes clear that “the moment” loses its religious aura and reveals its nature of a simple single element included in a wider physical phenomenon. As a logical consequence, photography turns into an analytical means, able to record the traces left by the observable facts that seamlessly occur. By moving from “what is going to be” to “what has been”, the focus drifts from the eye to the mind.
Vestiges by Achille Filipponi founds its roots in this way of thinking, since it’s a mental exercise rather than a photographic project – or, better, it’s a mental exercise carried out through photography. Filipponi was asked to document the changes that closely followed one another in a private building in Rome: its empty rooms, that were formerly part of different apartments, were used as an exhibition stage by twenty-one artists during Art is Real – a temporary twelve-hour art event – before being transformed into the construction site of a new hotel. 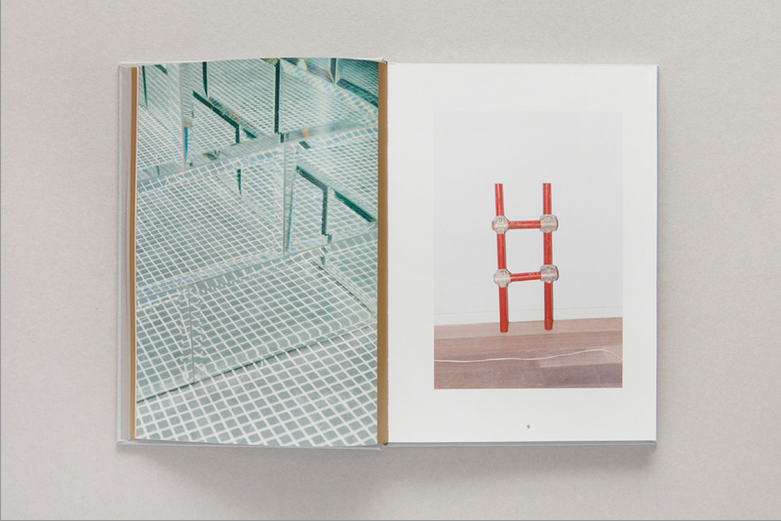 Even if the shooting occasion, based on a carpe diem conception of space and art, was particularly intriguing, he decided to discard any descriptive intention or narrative scope, as well as any aesthetical reproduction, and to formulate a systematic investigation upon the ephemeral nature of things and their representation. This is the reason why we don’t see, by flipping through the book, any pictures of the event – the artists performing – nor any complete reproductions of its products – the works of art. Instead, we continuously step into scattered elements, hints, details, apparitions. The leftovers of something that happened.
As a proof of the fact that practice is driven by concept rather than by emotion, all the depicted subjects – that range from objects to spaces – are treated in the same way, as they were pieces of the same matter. An horizontal point of view (curious, because the framing is strictly vertical) links artworks and ruins, paint and dirt, which coexist on the same level and have the same meaning, as their pictures are placed side by side on the basis of an anti-hierarchical approach. This is what happens, when a piece by Gioacchino Pontrelli faces a casual composition made of construction tapes. Some photographs show corners and details that weren’t even part of the situation, like the pictures which were shot in the building’s basement. But who can tell? And who cares, too?

Ambiguity is a side effect but it’s not obsessively chased, we’re not taking part to the hunt of the bizarre: the point here is in the mechanism more than in the result, whose aspect responds to the rules of the process. The influence played by the celebrated Düsseldorf School of Photography – Michael Schmidt and Thomas Ruff above all – is evident: for them, photography must always be neutral in order not to “emotionally distract” the viewer. A similar language of concision is adopted by Filipponi, who refuses any kind of seductive trick in favour of flatness and simplicity, and pursues an anti-sentimental mood that sounds out reality from an effective distance. In Vestiges, photography is a tool of investigation that puts precision at the centre, just as the subject is always placed in the middle of the frame.

This text was written for the book Vestiges by Achille Filipponi, published by Yard Press in April 2015. 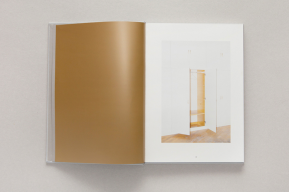 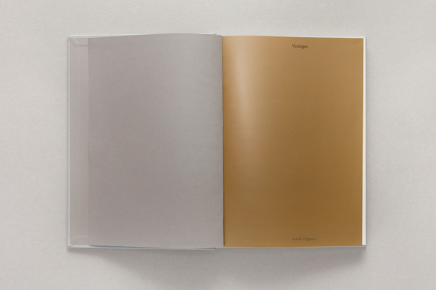