“OUT” is Judith Hopf’s first solo show in Denmark. I would be remiss to write about it without referring to the brick sculptures of Per Kirkeby, even if only to pay tribute to the recent passing of one of the most prominent figures in Danish art. In fact, the connection between the two artists’ use of masonry goes beyond the specific occasion and surpasses the aesthetic commonality of the fired brick.

“When I use bricks, it is not just a smart frame, but also a kind of manifesto aimed at the much too unpretentious buildings we have to content ourselves with today,” said Kirkeby in 1996. An equal and opposite reaction to urban infrastructure animates the sculptures by Hopf, who elects the red brick as a symbol of the monotonous pattern of metropolitan life and then twists it into quirky shapes (here, three giant pears) so as to make it explicit and thus open for discussion.

The critical approach to the standard as a driving force of capitalistic society reaches a peak when Hopf positions one of two wall sculptures in the room so it can be used as a seat for watching the video OUT (2018): they look alike, but one is an art piece, the other a functional element. This delicate touch, together with the comedic tone of the video, creates the perfect setting for an ironic reflection on our tendency to embrace hierarchical and homogenized systems of thinking.

The multiple relations between form, norm, and function performed by everyday objects, and the issue of how these influence our essence, are addressed in Laptop Men (2018) — a series of minimalistic steel sculptures that represent human silhouettes in various positions, merged with their laptops. A second look is required to spot the body parts and distinguish them from the electronic devices that seem to be made of the same material. But if we are able to see it, it might mean we still have some chance to save ourselves before the mutation is complete. 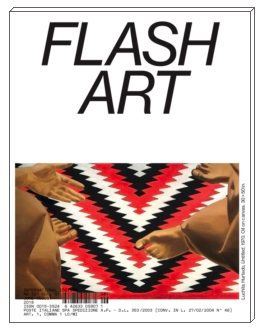